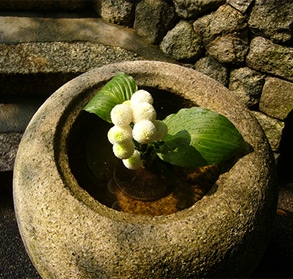 The course is designed for students who are of non-Chinese origin and were not raised in a Chinese-speaking environment; or who are of Chinese origin but do not speak Chinese and whose parents do not speak Chinese. The course develops beginning learners’ functional language ability—the ability to use Mandarin Chinese in linguistically and culturally appropriate ways at the beginning level. It helps students acquire communicative competence in Chinese while sensitizing them to the links between language and culture.

This course is designed specifically for Mandarin heritage students who possess speaking skill but little or no reading and writing skills in Chinese. The course utilizes students’ prior knowledge of listening and speaking skills to advance them to the intermediate Chinese proficiency level in one semester. Close attention is paid to meeting Mandarin heritage students’ literacy needs inmeaningful contexts while introducing a functional vocabulary and a systematic review of structures through culturally related topics. The Hanyu Pinyin (a Chinese Romanization system) and traditional/simplified characters are introduced. Prerequisites: Consent of instructor.

The course is designed for students who have had exposure to a non-Mandarin Chinese dialect but cannot speak Mandarin and possess little or no reading and writing skills in Chinese. The course helps students gain a fundamental knowledge about Mandarin Chinese and explore their Chinese heritage culture through language. Students learn ways and discourse strategies to express themselves and develop their linguistic and cultural awareness in order to function appropriately in Mandarin-speaking environments. Prerequisites: Consent of instructor.

Elementary Cantonese 3A is designed for non-Chinese heritage learners with no prior knowledge of Cantonese, a regional variety of Chinese, introducing students to its use through oral, written and visual texts related to daily life. Topics include meeting people, shopping, leisure activities, telling the time, discussing daily routines, describing people and family members, and transportation, and students will compose texts in Cantonese that show the relationship between language and culture. Finally, the course develops students’ awareness of socio-culturally situated language use and their ability to compare and negotiate similarities and differences between the target culture and their own culture.

This course is designed for native and heritage Mandarin speakers. These students share the knowledge of standard Chinese writing system with Cantonese speakers. They have an interest in speaking Cantonese and learning a Chinese subculture shared among Cantonese speakers. This course will introduce students to its use through oral, written and visual texts related to daily life. Topics include meeting people, shopping, leisure activities, telling the time, discussing daily routines, describing people and family members, transportation, and students will compose texts in Cantonese. Students will focus on vocabulary, linguistic knowledge, culture through expression analysis, and practical use of language. Prerequisites: Consent of instructor.

Chinese 7A: Introduction to Premodern Chinese Literature and Culture

The first in a two-semester sequence, introducing students to Chinese literature in translation. In addition to literary sources, a wide range of philosophical and historical texts will be covered, as well as aspects of visual and material culture. 7A covers early China through late medieval China, up to and including the Yuan Dynasty (14th century); the course will also focus on the development of sound writing.

The course is designed for students who are of non-Chinese origin and were not raised in a Chinese-speaking environment, or who are of Chinese origin but do not speak Chinese and whose parents do not speak Chinese. The course deals with lengthy conversations as well as narrative and descriptive texts in both simplified and traditional characters. It helps students to express themselves in speaking and writing on a range of topics and raises their awareness of the connection between language and culture to foster the development of communicative competence. Prerequisites: Chinese 1 or Chinese 1B; or consent of instructor.

The course further develops students’ linguistic and cultural competence. In dealing with texts, students are guided to interpret, narrate, describe, and discuss topics ranging from real-life experience and personal memoir to historic events. Intercultural competence is promoted through linguistic and cultural awareness and language use in culturally appropriate contexts. Prerequisites: Chinese 10A; or consent of instructor.

The course continues to develop students’ literacy and communicative competence through vocabulary and structure expansion dealing with topics related to Chinese heritage students’ personal experiences. Students are guided to express themselves on complex issues and to connect their language knowledge with real world experiences. Prerequisites: Chinese 1X; or consent of instructor.

This course examines the complex worldviews of China’s Han period, the centuries that follow its unification and the establishment of its empire. The momentous changes of this period shaped traditional and contemporary views of history and society, philosophy, and religion, and as a result are still relevant today. This course will look at Han “thought,” a word chosen for its range, including religion, state ritual, social conventions, moral philosophy, and thinking about the natural world. It covers both elite and popular culture, and pays particular attention to two works of the second century B.C.E.: the Shiji (i.e., Records of the Historian) or the Huainanzi.

The course takes students to a higher level of competence in Chinese language and culture and develops students’ critical linguistic and cultural awareness. It surveys social issues and values on more abstract topics in a changing China. Through the development of discourse and cultural knowledge in spoken and written Chinese, students learn to interpret subtle textual meanings in texts and contexts as well as reflect on the world and themselves and express themselves using a variety of genres. Prerequisites: Chinese 10 or Chinese 10B.

This course advances students’ linguistic and cultural competence through the development of critical literacy skills. It guides students to become more sophisticated language users equipped with linguistic, pragmatic, and textual knowledge in discussions, reading, writing, and translation. Students reflect on the world and themselves through the lens of the target language and culture and become more competent in operating between English and Chinese and between American culture and Chinese culture. Students learn to recognize a second version of Chinese characters. Prerequisites: Chinese 10X; or consent of instructor.

The course is designed to further develop students’ advanced-mid level language proficiency and intercultural competence. It uses authentic readings on Chinese social, political, and journalistic issues, supplemented by newspaper articles. To develop students’ self-learning abilities and help them to link the target language to their real world experience, students’ agency in learning is promoted through critical reading and rewriting and through comparing linguistic and cultural differences. Prerequisites: Chinese 100B or Chinese 100XB; or consent of instructor.

Chinese 110A: Introduction to Literary Chinese

The first half of a one-year introductory course in literary Chinese, introducing key features of grammar, syntax, and usage, along with the intensive study of a set of readings in the language. Readings are drawn from a variety of pre-Han and Han-Dynasty sources. Prerequisites: Chinese 10, 10B, 10X, or 10Y is recommended but not required.

Chinese 111 is a fast-paced reading course.  It improves students’ abilities with advanced Chinese forms to read, discuss, and write in a wide range of subjects. Students learn to identify and explain the classical Chinese expressions used in the texts and compare them to their modern counterparts. The texts cover multiple areas of Chinese culture, including history, society, economics, politics, rite of etiquette, philosophy, law and traditional orders, literature and language, and so on. Students are given plenty of room to relate issues learned from the texts to current real situations in China. Prerequisites: Chinese 101 or Chinese 102; and consent of instructor.

This course is an introduction to the study of medieval Buddhist literature written in classical Chinese. We will read samples from a variety of genres, including early Chinese translations of Sanskrit and Central Asian Buddhist scriptures, indigenous Chinese commentaries, philosophical treatises, and sectarian works, including Chan (Zen koans). The course will also serve as an introduction to resource materials used in the study of Chinese Buddhist texts, and students will be expected to make use of a variety of reference tools in preparation for class. Readings in Chinese will be supplemented by a range of secondary readings in English on Mahayana doctrine and Chinese Buddhist history.

Fall 2020: In addition to classical Buddhist genres, we will also read samples from a variety of literary genres, including poetry, prose, transformation text, precious scroll, fiction, and drama, from the medieval to late imperial periods. We will also discuss texts that debate the relationship among the “three teachings” (Confucianism, Buddhism, and Daoism) in China. Prerequisites: One semester of Classical Chinese or equivalent.

This course explores popular, realist, and avant-garde literature from mainland China and Taiwan since 1949. We will consider how writers have engaged with the cultural dislocations of modernity by exploring questions such as the presentation of cultural and gender identities and the politics of memory and place. Central to our discussion will be the problem of how literature not only reflects but also critically engages with historical and cultural experience through a variety of genres. A crucial aspect of this course will be the development of skills in close, critical, and historically contextualized reading. Prerequisites: Chinese 100A or Chinese 100XA (may be taken concurrently).

Chinese 234: Texts on the Civilization of Medieval China- "The Poetics of Travel Writing--Masters of the Tang and Song"

In this seminar, we will examine how prose writing--particularly regarding travel, place and space--emerged as an effective vehicle for lyric expression for some of the most accomplished poets of this period. What accounted for this development? Why was the theme of travel particularly hospitable to the lyricization of prose writing, and, conversely, why would a poet choose prose over poetry as the mode of self-expression in this context? Among the issues to be considered are the shifting views of exile and travel, the complex interaction between representations of topography and history, the play of the senses and literary history in self expression, and the mechanisms driving genre-bending during this period. Prerequisites: graduate standing (or permission of the instructor), and a good command of literary Chinese.