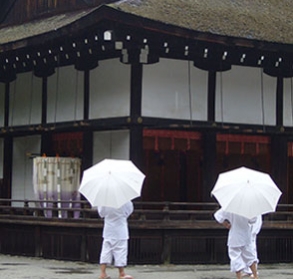 EA Lang R1B: Reading and Composition on Topics in East Asian Humanities: "“To See and to Be Seen”"

Sight can be described as a natural human capacity. But what does it mean to see, and to be seen? What is the relationship between the perceiving subject and the perceived object? What happens when one realizes that one has become the object of another’s perception? Through the work of writers, film directors, and thinkers ranging from Europe and East Asia, this course examines how the simple act of seeing raises artistic and philosophical questions about selfhood, performance, truth, beauty, power, and the nature of art itself. Materials that we will explore include Sophocles’s Oedipus Rex, the exemplary Greek tragedy, according to Aristotle, The Tale of Genji, often considered the world’s first novel, and Natsume Sōseki’s Kokoro, perhaps the most the most important modern Japanese novel.

EA Lang R1B: Reading and Composition on Topics in East Asian Humanities: "The Time is Now"

How do we grasp the present? According a model of linear time, as the present moment is tugged towards the future, a sense of belatedness befalls as it is assimilated into the past. In this class, we take as our object of inquiry the backwards gaze and futuristic imaginaries that inform our understanding of the contemporary in the People's Republic of China. How do filmic and literary works mediate and represent the present through evocations of earlier periods in the twentieth century and projections of the future? In the Chinese context, how does the socialist legacy figure in the experience of contemporaneity? Through frequent in-class writing activities and lively discussion, students will hone their ability to read critically and analytically, pose interesting questions, and construct convincing arguments based on literary and visual analysis. By the end of the course, students will write a 8-10 page final research paper on a topic drawn from our class discussions. A passing grade in this class satisfies the second half of the Reading and Composition (R&C) university requirement. No previous knowledge of Chinese is required.

This course provides a forum for reading and discussing East Asia’s greatest and most iconic modern writers, Lu Xun. We will closely read Lu Xun’s major works , discuss his role in the reinvention of the Chinese language and literary tradition, explore the global literary and intellectual currents with which he was deeply engaged, as well as situating him within the tumultuous era of colonialism, modernization, and revolution. All readings will be available in English translation.

Ever since the German geographer Ferdinand von Richthofen coined the term in the late nineteenth century, the "Silk Road" has captivated the western imagination, inspiring thoughts of fabled cities and exotic peoples from the Mediterranean basin across central Asia to China and Japan. In addition to discussing aspects of daily life on the Silk Road, this course will draw on a variety of disciplinary perspectives (history, anthropology, religious studies, and so on) to examine some of the underlying notions bound up in the study of such vast cultural regions under a single headway. Relying on the records left by a number of early Western travelers, we will trace the rise of the Silk Road in world history, and explore the role played by different religious traditions in the telling of that history, particularly Buddhism. Prerequisites: None.

A study of the Buddhist tradition as it is found today in Asia. The course will focus on specific living traditions of East, South, and/or Southeast Asia. Themes to be addressed may include contemporary Buddhist ritual practices; funerary and mortuary cus

This course offers a cultural history of encounters between Russia and Asia in literature, film and visual art. The lenses of Orientalism, Eurasianism and Internationalism will be used to analyze Russian interactions with three spaces: the Caucasus, Centr

Through the prism of psychoanalytical theories, early and contemporary, this course explores a variety of pre-modern and modern East Asian texts—literary, artistic, religious, and theoretical. We will be asking both how these theories enrich our reading of the texts, and how the texts enrich our understanding of the theories. Through close readings of all the material we will begin to discern how theory and text reshape one another, where they mesh productively, and where they insistently stay apart. Topics include: the unconscious, selfhood, repression, attachment, beauty, dreams, ritual, ghosts and haunting, madness, meditative states, mystical experience, mourning, healing, therapeutic method and cure. No prerequisites.

This course studies the purview of astral science under Buddhist dominion. Here it is at once promoted for promulgating Buddhist world order and repudiated for begetting the suffering-inducing physical universe, a warped vessel of ceaselessly turning stars that the Buddhist dharma must transcend. The course begins with the part astral science plays in genesis, the creation of Buddhist world order. It then covers the science’s central aspects, celestial systems, spatial orientation, time reckoning, the making of a calendar, and publication of an almanac. Thereafter, it treats the science’s outgrowth into interrelated forms of Buddhist propaganda manifest as divination, magic, medicine, ritual, scripture, and iconography.

This course comprises an immersive survey of science fiction - historically the only literary genre fully devoted to imagining the alterity of the future - as it takes on a unique and pressing relevance in contemporary East Asian culture and society. Providing students with both comprehensive training in literary analysis and critical thinking as well as a substantive sociohistorical introduction to contemporary East Asian societies and politics, the course will constitute a solid foundation for the East Asian humanities major. All readings will be in English; no prior knowledge of Asian languages and/or cultures expected.

EA Lang 191: Tools and Methods in the Study of East Asian Philosophy and Religion

This course is a capstone experience that centers on the philosophies and religions of East Asia examined from multiple theoretical perspectives. It comprises several thematic units within which a short set of readings about theory are followed by chronologically arranged readings about East Asia. Themes will alternate from year to year but may include: ritual and performance studies; religion and evolution; definitions of religion and theories of its origins; and the role of sacrifice.

This seminar reconsiders the epistemic and biopolitical stakes of postwar and contemporary media theory (cybernetics, technical media, philosophies of technology) by focusing on Asia (Japan, Koreas, Taiwan, and Vietnams) as the primary site of warfare and experimentation.  We will probe the entangled histories of war and media as well as the ongoing operations of militarized aesthetics and machines in the historical present.  Drawing upon recent works in the fields of literature, media studies, art history and gender and sexuality studies, this seminar tracks the research methods and theoretical apparatus through which the relation between war and media has come to be articulated.